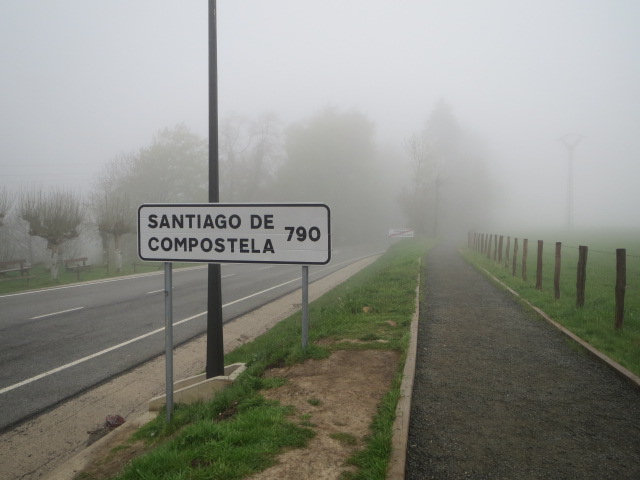 We had a good sleep in Roncesvalles at Casa Beneficiado.  After a very good breakfast, we grabbed some fruit from the buffet, packed everything up and set out.  The streets were wet, so it appeared that it had rained the night before.  For now, we could see that the rain had stopped.  Just down the road was the iconic sign that indicated 790 kilometers to Santiago.  The French couple, who were last night’s dinner companions, caught up to us and offered to take our picture together next to the road sign. 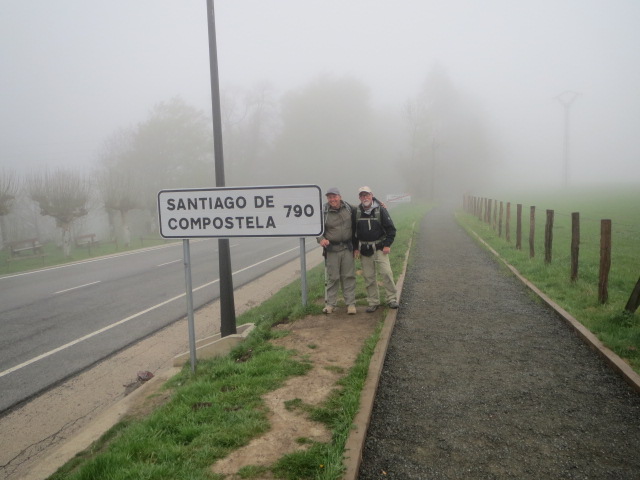 Within the first five minutes, the rain started coming down, so we had to stop and get our ponchos on.  Burquete was the first of several charming Basque towns that we passed through.  At the outskirts of town we met an elderly German couple, Joachim and Fina, from Dusseldorf.  Further on into Burquete, we were suddenly stopped by a local resident who let us know that we had missed the turn-off for the Camino, while pointing to where we should have gone.  This was quite helpful, since we would have most likely gone a long way before we realized it. 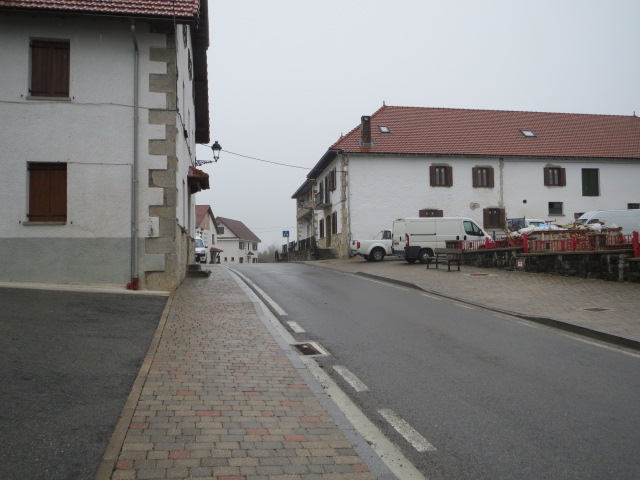 Greg fell down in Burquete when he tripped over a curb, but he escaped any serious injury.  After a while we had to stop for Greg to fix the liner in his right boot that was rubbing against his toe causing some discomfort. We found a shelter out of the rain that had comfortable benches that was quite suitable for fixing stuff and getting a morning snack. 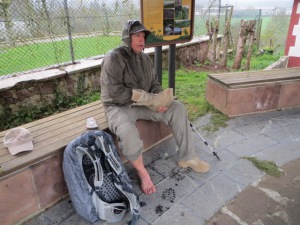 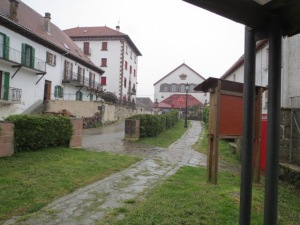 The rain continued as we climbed out of town and now it was getting quite cold.  My hands were raw and red by this time, and I had to stop and search my pack for gloves that I had brought, but discovered that I had left them in my luggage.  It was then that I devised a method of walking by carrying both of my trekking poles in one hand and shoving the other hand in my pocket.  Then I would switch it and go the other way when the first hand warmed up.

By the time we got to Espinal, we were both hungry and found a bar in the middle of town that seemed to be popular with other pilgrims and decided to stop there.  The rain had momentarily let up, so we took off our backpacks and left them outside and covered them with our ponchos.  While doing this, we met an American family of 4 from St. Louis who started the Camino in Roncesvalles due to inclement weather reports over the Pryenees.  They recommended the homemade sausage sandwiches being served in the bar, and this sounded good to us.  We went inside and ordered our first “bocadilla”, but were not impressed. 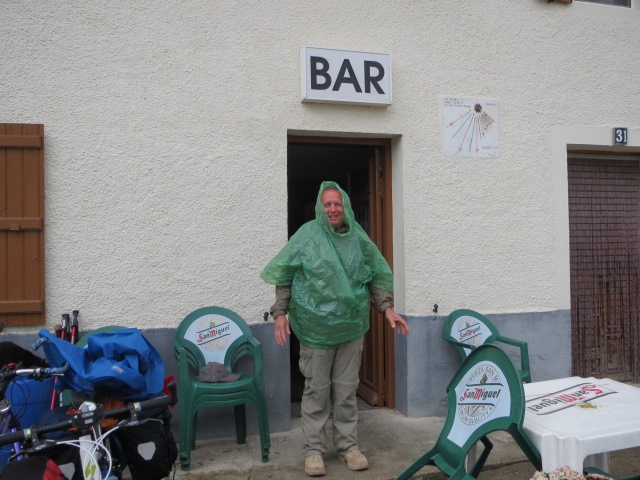 The bar did allow us to fill our water bottles, so we did that and set out on our way. Again the rain started up and we moved through Viskaret.  Then we climbed up some slippery trails to a beautiful forest overlooking our destination for the night:  Zubiri. 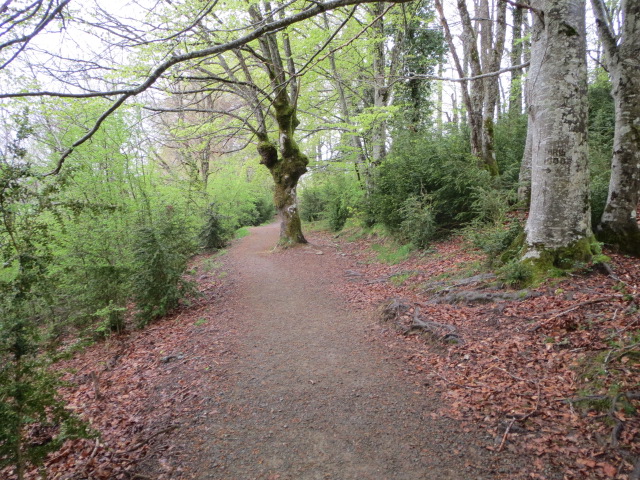 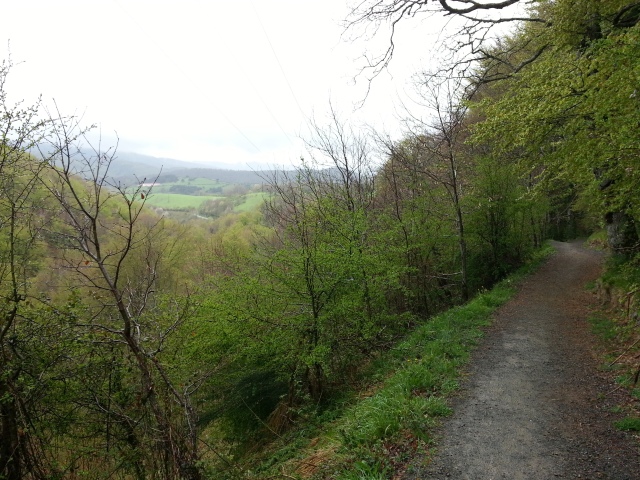 At the ancient bridge that guards the little town and crosses the Rio Arga, we met up again with the fellow from St. Louis who was in the process of booking a room for his family at the Etxea Hotel right by the bridge.  We said goodbye and headed into town further and found our resting spot, The Zubiri Hotel.  It did not look like much from the outside, but the interior was very pleasant and the rooms were small but clean and comfortable.  The host in the hotel was very cordial and could speak English quite well.  Dinner was at 8pm, and we really looked forward to it after a long wet day.  At dinner, the same French couple from the night before was at the next table, and we continued our “conversation” as well as we could.  The WiFi worked well in the room, and we were able to communicate with home.