To Fromista and the Tierra de Campos 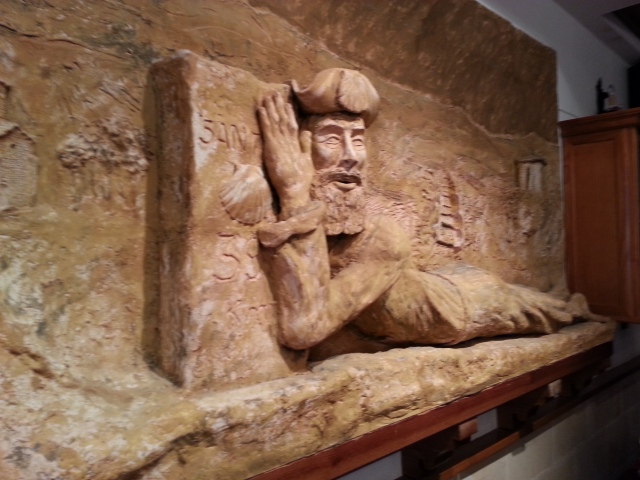 Another beautiful morning to come down out of Castrojeriz and then way up to the Meseta again and the drop down into the Tierra de Campos before we get to Fromista. Before we left, we experienced a good breakfast in the same restaurant that we had dinner and, as usual, scavenged some food for later in the day.  Interesting sights in town before leaving: 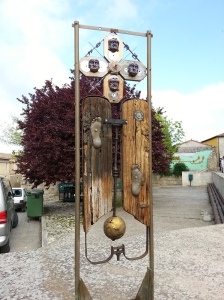 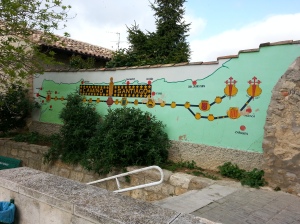 After crossing the rio Odrilla just outside of town, we climbed the strenuous hill up to Alto Mostelares. On the way up I met a couple from the US who were part of a tour group. They were only going from Burgos to Leon. The woman walked with me as we struggled up the long climb. She was a teacher from NYC and had decided to come on the Camino after seeing the movie (one of many we were to meet). When we reached the top, Greg was there and we stopped to eat some fruit and drink some water before moving on. After a brief rest we continued up onto the mesa and discovered around the bend a phenomenal view of the valley below. We were looking out on the Tierra de Campos (The Land of Fields). 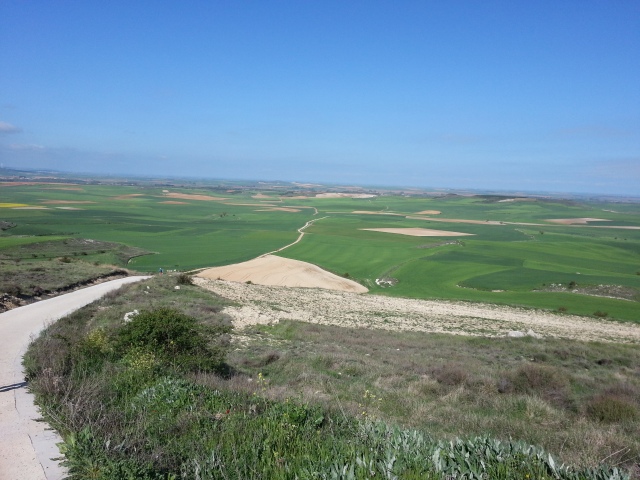 The drop down from here was substantial, but welcome after the long climb up. Within the hour we were passing the Ermita de San Nicholas and then across the rio Pisuerga over a marvelous romanesque bridge. 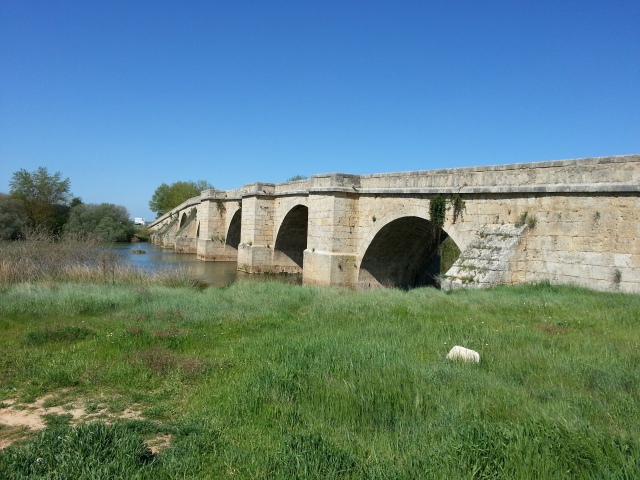 There was a long walk along an irrigation canal that eventually led into the town of Fromista. Along the way, we could hear the intriguing sounds of various wildlife, frogs and birds, but we never really saw any. 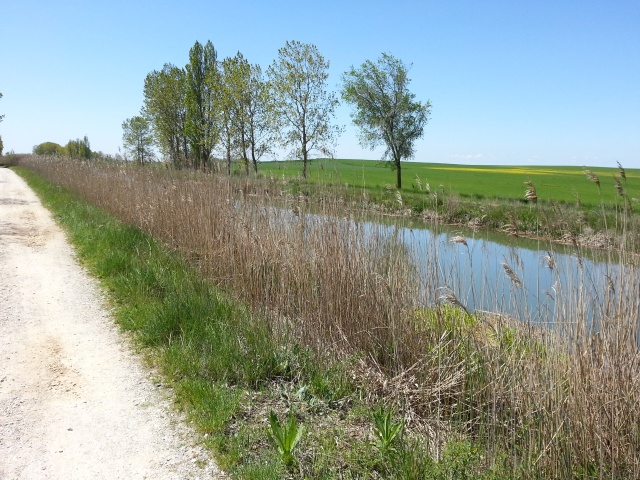 By the time we reached Fromista, the temperature had soared into the eighties and we were hot. We found the hotel easily and checked in, looking forward to hot shower and a good meal. 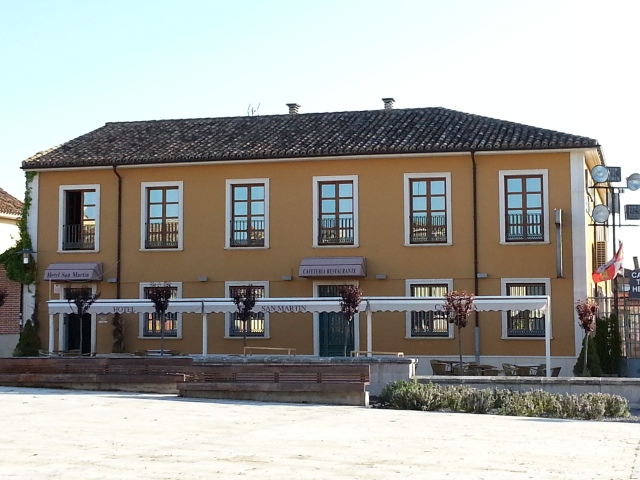 I went downstairs to check out the scene in the lobby and ran into Linda, our friend from Denmark. She was trying to find an ATM, and I went with her to accomplish this. When we got back to the hotel, she said she wanted to buy me a drink to repay me for the wine at dinner in Hornillos (Isar). I accepted and ordered a beer and we sat out on the patio in front of the hotel for a really nice relaxing drink. Greg joined us shortly, and then we all walked up to a local mercado to buy some food for the next day. Linda was staying at another hotel, so she said goodbye and “see you on the Camino” and Greg and I went inside to see if we could eat early. To our delight, this was possible. We had a good meal, replete with the requisite wine and then went back to the room to email and Facebook and to bed.