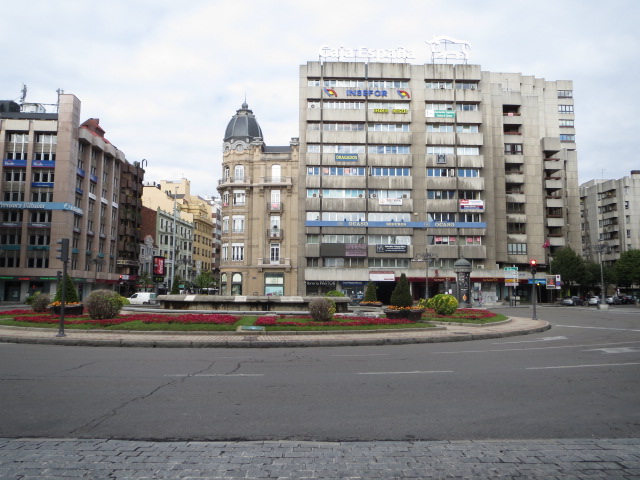 Since our bus did not leave until 10:00 am, we enjoyed a leisurely breakfast and stocked up on fruit and bread once again.  We got ourselves together and walked the few blocks to Plaza San Domingo.  At the bus stop, we watched a couple of buses come by that were not the right color (they are all color-coded), while we saw the blue buses stopping at an adjacent stop across the plaza.  Since that was what we were looking for we decided to go over there and see what we could find out.  One blue bus stopped and let out its passengers, and I asked the driver where the bus to La Virgen would stop and load.  He told me to stay put.  We had just missed the earlier bus, but a new one would come in about uno hora.  So, we sat down and waited.  It came as promised and we got on and found a seat.  The bus wound through the busy streets, crossed the river and headed west through a predominantly urban industrial section of Leon.  The guide was right as usual.  Out the windows, we could see our fellow pilgrims battling traffic and busy highway interchanges.  Within 15 minutes, we were arriving in Virgen del Camino.  A local twenty-something noticed that we were pilgrims and told us which stop to get off.  We thanked him and exited the bus and walked across the street where we found the yellow arrow signs to get us back on the Camino.  After crossing the busy A-66, we were once again back on the Senda, only this time it was alongside the much more heavily travelled N-120.  We stopped in the little town of Valverde where we saw this interesting wood cut-out in a local garden. 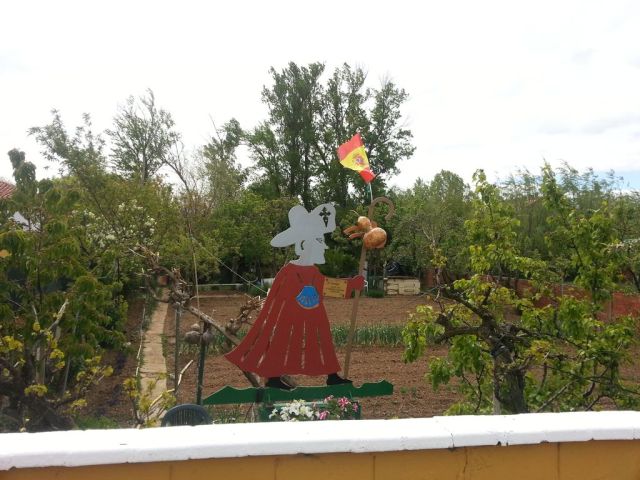 In San Miguel we stopped for lunch at a bench along the road and were soon joined by a young girl from China. In very broken English, she told us she had just arrived in Leon the day before and was walking to Santiago by herself.  Her primary reason to come to Spain was to escape her domineering father who was smothering her.  She needed to get some time away and thought this would be a good place to do it.  We shared some of our food with her and wished her well.  Just outside of San Miguel, we caught up with Phyllis who was also headed to the same hotel in Villadangos.  We spent the rest of the day walking with her and getting to know her better.

We arrived in Villadangos del Paramo in the late afternoon and easily found our hotel.  There was a young staff in the bar/café area who greeted us cheerfully and showed us our rooms.  I couldn’t help but notice the contrast between this welcome and the one in Mansilla.  Phyllis was staying in the next room.  After getting settled in, I went down to the bar for a drink.  There I met Manfred, a native Austrian who was now living in Germany with his wife and two daughters.  He was taking two weeks to walk from Leon to Santiago by himself.  Manfred was a delightful fellow who had travelled extensively in the USA on business.  He was a software engineer.  Greg soon joined us and later Phyllis came down and we all ate dinner together.