Breakfast did not disappoint.  The buffet was enormous with lots of fresh fruit, cereals, eggs, meat and cheeses of all kinds, and of course, the omni-present toast!  While at the table, we saw the American couple come into the cafeteria.  They said hello and introduced themselves as Roger and Nancy.  We wished them well on their Camino and said we would most likely see them later on the trail.  Then we got our bags together and took them down to the lobby in time for pickup.  About 9:00 am we set out for Portomarin.  Just outside our hotel we crossed over a Romanesque bridge over the rio Sarria and headed up into the old section of town.  Climbing up rua Maior, we saw a number of restaurants and shops that were of interest.  We remarked that it would have been nice to stay a while longer in Sarria to soak some of this up, but we were due in Portomarin that night.  At the top of the hill to the west end of town the Camino took a sharp turn downhill to the right and then crossed another river at Ponte Aspera.  Before long, we were off into the countryside through farms lined with pristine stone walls that were hundreds of years old. 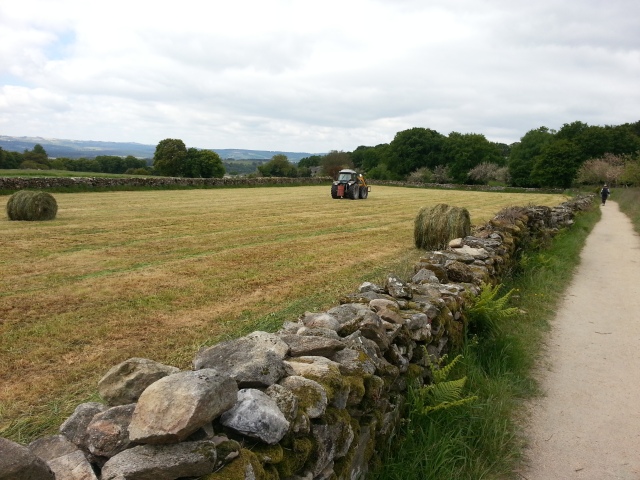 Along the way, we ran into Roger and Nancy and walked with them for a good amount of time.  They were very interested in hearing more about our church start in Sacramento, especially about ancient-future faith and how it corresponded with their Catholic traditions.  Good conversations.  Wonderful people. 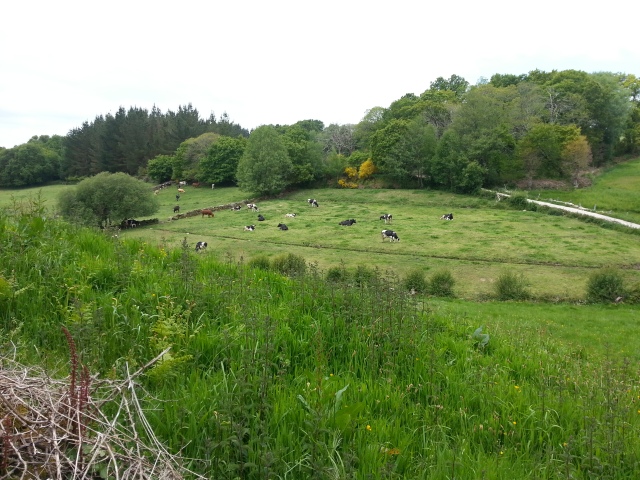 We also saw the Canadian ladies we had met at the hotel in Triacastela and walked with them for a bit.  They were retired travel agents who had worked together for several years and were traveling to Croatia after leaving Santiago.  You never know who you are going to run into.  By this time, we were seasoned pilgrims, and we were finding that “newbies” were really interested in what we had experienced thus far.  It was fun to share stories with them, and they really appreciated our advice on a variety of topics related to the Camino.  As lunch time drew closer, we could also see how crowded the Camino was becoming.  Every bar and café was packed to the gills.  It was good to have our own food with us.  We could usually find a picnic bench with not much trouble and share it with others if need be.  By the time we got past Ferrerios, it looked as if the rain was going to hold off, and the sun was beginning to peek through.

At the Cruce Momientos, I ran into the Canadian ladies, one of which was really struggling with a leg injury and was limping considerably.  She was experiencing the same inner struggle that we all had and that was:  “Am I going to make it?”  I reassured her that she would be OK and to keep on pressing through.  It wouldn’t be too much further to Portomarin, and she could rest for the night.  I caught up to Greg by this time and we descended into Portomarin and crossed the reservoir to the steep steps and up into the town.  Our hotel, Hotel Arenas, was on the Praza Condes Fenosa and just across the street from the church of San Nicholas. 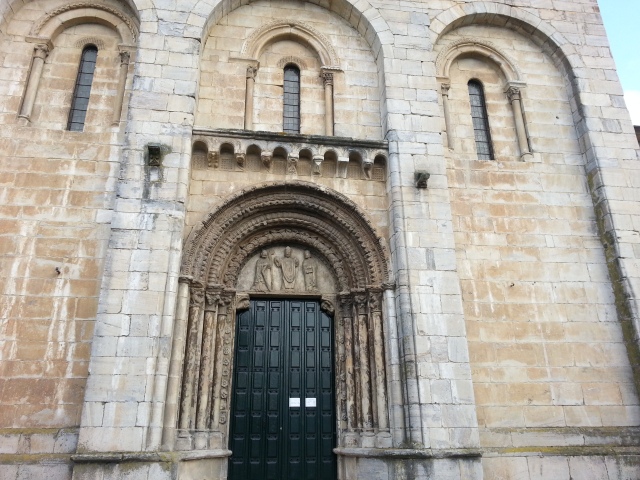 The street was lined with taxis on the main plaza, and I had a fleeting thought that it might be a good idea to send one back to get the Canadian woman who was struggling.  My sense was though that she wanted to make it on foot, so I decided against it.  We checked into the hotel and got stowed away quickly.  To the left of our hotel, down the colonnaded rua Xeral Franco, was a great Mercado, and Greg and I went in there and stocked up on things for the road.  We saw Richard coming back from the market, and he appeared somewhat distracted.  Later we saw him with a couple of guys we had never seen before who were well-dressed and definitely not pilgrims.  Food was being served in the main bar area of the hotel, and we were able to get an early dinner and get to sleep at a decent hour.