To the Cruz de Ferro and Beyond

September 7, 2015:  We were refused service in the main dining room at Posada Gaspar and told that the area was for groups only, then directed to the bar upstairs where we found another couple eating toast and coffee, having had the same experience. We all laughed it off as just a simple oddity.  I was remembering my trip two years ago in this very establishment when a young woman stepped into the dining room in the morning and and said with a superior attitude:  “This is breakfast??”  Greg and I had both gotten such a laugh out of this that I decided that I would try and direct Heather to re-create this scenario.  I coached her in the proper body language, vocal inflection and facial expression until I felt she had it down, then took a picture of her in this pose. 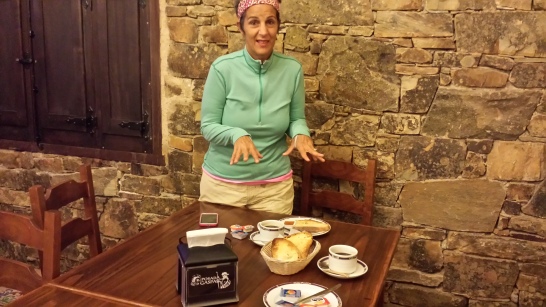 Behind my back, Heather could see the woman who served us the food wondering what was going on, and then of course we felt a bit embarrassed, being completely unable to explain what in the world we were doing.

We were out the door by 8:30 and headed up the stone path in the cool morning air.  After about five minutes, we saw a familiar figure coming from ahead back our way.  It was Arja, our friend from Finland.  She told us the other girls were up ahead and they were not sure they were going in the right direction, so she came back to check on it.  I told her that we were indeed going in the right direction, since I had already been this way before.  We walked together for a while and talked about Christine, who had decided to stay in Astorga for a couple of days.  We all agreed that this was indeed the best course of action for her.  We caught up with the other Finnish girls and continued along for a few hundred meters.  The trail was wet from rain the night before and with normal morning dew, and as it grew steeper, we waved goodbye to our Finnish friends who were moving at a pace too fast for us.  We were all certain that we would see each other again.

The climb up to Foncebadon is one of the most beautiful sections on the entire Camino Frances.  Spectacular views abound, and the low-lying shrubs are speckled with gorgeous wildflowers and heather.  It is truly a veritable feast for the eyes. 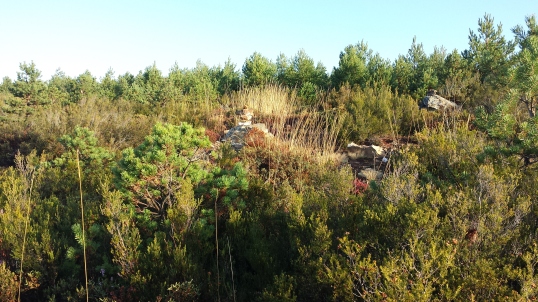 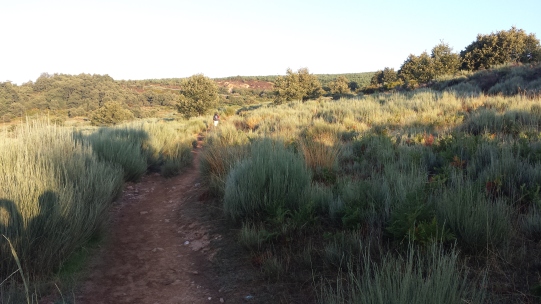 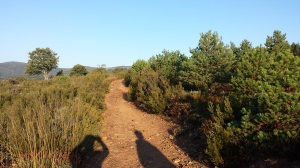 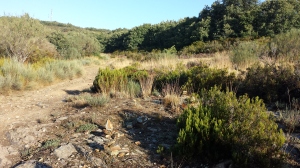 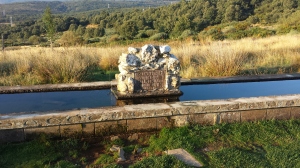 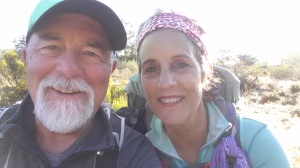 We stopped at a small bar in Foncebadon for a snack and got another stamp for our credencials while we were at it.  Out of Foncebadon was a significant climb up to Cruz de Ferro, and while there were a good number of people there, it was not as bad as I remember last time.

Heather was overwhelmed by the scene and the importance it had to her.  She did her “work”, as she described it, on the far side of the cross, leaving stones and things that people had asked her to bring, as well as all the prayers from our Epiclesis family.  It was a very moving time for both of us. 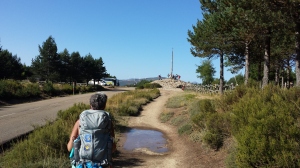 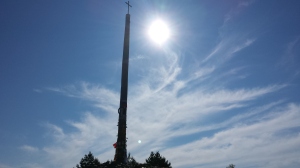 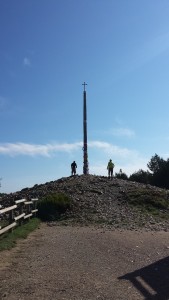 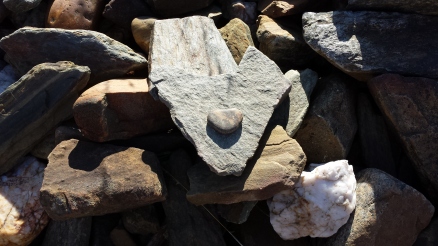 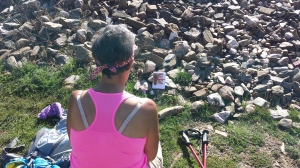 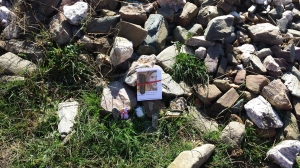 Before leaving Cruz de Ferro, Heather had an encounter with a Spanish woman who appeared to be distressed by the tourist mentality of the many people around the cross.  She told Heather that it is better to come in the early morning when no one is there in order to have more time for meditation, but of course that was not possible for us.  We moved on down this “highest point on the Camino Frances” along the well-kept path that leads down to Manjarin and then up once again to Punto Alto. 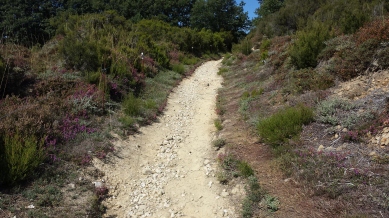 At a rest stop at the top we stopped and got a sandwich, coke and water.  A kindly German man came over to Heather and gave her a tin of salve which he recommended she massage into her quad muscle.  Apparently he had seen us stopped along the way and seen that I was rubbing her thigh to loosen up this muscle.  She thanked him and immediately rubbed the salve in.  The Germans were traveling in a group of about six, and they all began to engage us in a lively conversation.  They were fascinated that we had come from so far away in California, and all expressed a desire to go there someday.  One of the women told us that her 95-year old mother had made the salve from Calendulas.  They told Heather to keep the tin, since they had another along with them. 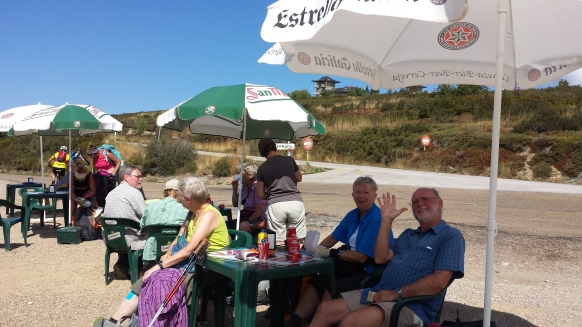 We finished eating and made our way across the road and up onto the trail that led to the steep descent into Acebo where we stopped to stretch and get some water. 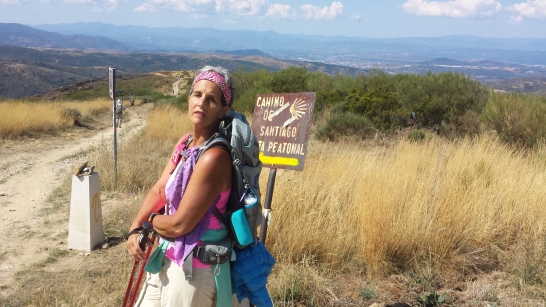 Within an hour or so we were coming into the little town of Riego de Ambros, our resting place for the night.  We found the Pension where we were staying up across the main road and settled in to our room, tired and aching from a good up and down day.  After we had showered in what was clearly the smallest shower in the world, we got dressed and headed down the hill and across the road to the only restaurant for dinner.  The Pilgrim’s menu was 9 Euros and the food quite good.  Time to get a good sleep, and tomorrow night we would be out of the country and into the major regional city of Ponferrada. 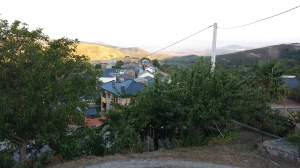 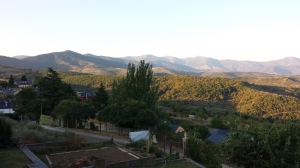 1 Response to To the Cruz de Ferro and Beyond